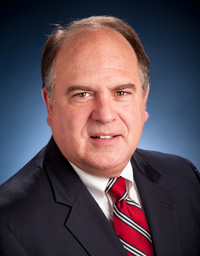 His practice focuses on ADR, bankruptcy, practice before the Delaware Court of Chancery, corporate and alternate entity governance under Delaware law and complex civil litigation. In thirty years of practice, Mr. Conaway has been involved in every facet of complex civil litigation serving a lead and local counsel, as Special Master, as a mediator and party selected arbitrator.

Mr. Conaway frequently appears in Delaware’s Court of Chancery on matters involving director/officer indemnification and advancement pursuant to Section 145 of the Delaware General Corporate Law, for books and records demands under Section 220, served as corporate custodian under authority of Section 226, Section 275/276 regarding dissolutions, director and officer demands for indemnification and advancement, injunctive relief, specific performance, quiet title actions, guardianship, trust and estate litigation and other equitable claims. In his bankruptcy practice.

Mr. Conaway has served as lead and local counsel on every side of the bankruptcy process including representing creditors, debtors, directors against preference and insider claims, landlords, and other parties seeking to lift the automatic stay.

Since 1994, Mr. Conaway served as an arbitrator and mediator. Since then he has successfully mediated thousands of cases, including hundreds of large complex, multi-party, multi-level insurance, construction, bankruptcy, environmental, and commercial cases. He has mediated law firm break-ups, intra-company disputes, governance and financial disputes between alternate entity members and personal injury claims. Mr. Conaway has served for over sixteen years as a mentor in the Delaware Superior Court’s mediation training program. He formerly served as adjunct instructor at the National Judicial College in Reno, Nevada teaching civil mediation.

Mr. Conaway volunteers his time to a number of boards and committees. Over the past eighteen years he has served on numerous board and committees including the Widener University School of Law Alumni Association (board member), the York College of Pennsylvania Collegiate Counsel (board member), St. Thomas More Society of the Archdiocese of Wilmington (past president), Caesar Rodney Rotary Club (member), Colin J. Seitz Bankruptcy Inn of Court (barrister) Wilmington, Richard S. Rodney Inn of Court (Executive Committee) Wilmington, and Superior Court Committee on Complex Litigation (member). He serves as a volunteer attorney Guardian Ad Litem for Delaware children and has continuously done so since 2003.

• ADR in Practice: A Lawyer Round Table

• Represented a corporate client opposing a director’s 220 action involving an onerous demand for books and records. The Chancery Court dismissed the matter without production of any records and without answering the complaint.

•Settled a multi-million dollar bankruptcy preference claim asserted against one of the world’s largest aluminum suppliers. The case was complicated by the interplay between US and INCO maritime conventions as well as US, UK and Bahrain law.

• Successfully secured liquidation of a client’s LLC interest in the face of vigorous opposition involving protracted discovery, trial, and appeal to the Supreme Court of Delaware.

• Following a year long effort, successfully mediated all of the pending state court abuse claims brought against multiple religious order entities affiliated/working with the Diocese of Wilmington. The mediation was complicated by the number of claims, multiple insurers’ reservations of rights, unresolved and novel legal questions, funding issues, and the Diocese’s then pending bankruptcy.

• Served as local counsel for an ad hoc consortium of preferred security holders in the Chapter 11 of Washington Mutual, Inc.

• Served as local counsel to an indentured trustee and an Ad Hoc Committee of bondholders in an expedited Delaware Chancery Court trial and successfully appealed the matter to the Supreme Court of Delaware resolving a dispute over Calpine’s use of $700 million subject to lien indenture restrictions.

• Served as local counsel to bondholders holding $2 billion in Countrywide Series B May 2007 bonds in an action seeking a determination whether the acquisition of Countrywide constituted a “change of control” and therefore triggered bondholder put rights. The matter was settled and the bondholders were paid nearly $2 billion (i.e., close to par) for their bonds.